Can I Carry-on a Razor on a Plane?

Everyone knows that knives and swords aren’t allowed to be carried on a plane because of the potential danger. But what about razors.

If you can’t put your razor in your checked bag for obvious reasons such as you’re not taking extra luggage or the flight is so long you want to shave before you land.

Well, there’s a little bit more to it than “yes” and “no”. There are many different types of razors, each of them having different threat levels and different functionalities and at different price levels.

So let’s talk about all the types of razors and which you can carry-on or what you have to do to be able to take it on as carry-on.

What are The Different Types of Razors?

There are quite a few but here are some recognisable ones: Cheap one-off(disposable razors), More expensive cartridge razors, electric razors, Pocket razors(shaped like a knife – straight razor),

And finally, premium-priced razors like hi-tech laser ones or the $100K razor with an iridium handle and sapphire blades from Zaffiro. Of course, it’s sensible to leave any razor over $300 at home.

Types of Razors That Can Go in Carry-on Luggage?

If you think there are only 3 or 5 types of razors, like I did before I researched the subject, you’re up for some “What?” moments.

There are many types of razors and some are better than others, for example, straight razors can make you feel very manly after you shave.

Why? Well, it looks like a knife and if you’ve seen Crocodile Dundee then it could be hardwired in your brain that shaving with a knife looks cool and risky, which makes it cool.

A normal Gillette razor, however, makes you feel like you just shaved. Anyway, this is a hell of a list, so sit tight.

This type of razor is most people’s go-to razor. A cartridge razor (also known as a Gillette razor, named after the famous brand – Gillette) has a replaceable razor blade.

These tend to last around 2-3 weeks per blade because the blades were made with fine quality stainless steel.

There are even many types of cartridge razors – causing many people to buy one type of razor body and a different type of blade, the wrong blade, you might say (I do it all the time, I have 4 different razor blades, all for one use – shaving). But that’s not important since TSA considers them all to be the same.

Cartridge razors are men’s go-to razor for a good reason – it’s very hard to accidentally cut your self and has a very shallow learning curve.

And because of this, TSA allows this type of razor to be on flights both as carry-on luggage and checked luggage.

Disposable razors are basically cartridge razors that can only be used up to around 4 or 5 times since the steel used to make these is very poor quality.

We will not explore classes of stainless steel, suffice to say they will rust after a few uses and, unlike the cartridge razor, you can’t replace the blades.

Anyhow, that doesn’t change TSA’s opinion on whether or not this type of razor is allowed in carry-on bags – so you can take it on as carry-on and checked bags.

Most of these types of razors are the disposable type of razors and the rules above will, therefore, be the same – that is you can pack them in your carry on as long as they are fitted with disposable safety cartridge-style blades.

This is because they cannot be used to cause harm to others because of their safety features.

There are other types of personal razors such as electric razors, epilators, light and laser hair removers which are covered in the electric razor section down below.

This rule applies to Brazilian shavers (a.k.a. personal shaver and bikini razor), eyebrow razors and even back shavers.

Since they’re all basically the same thing in different shapes and sizes the only thing you’ll have to worry about is whether or not it fits in your bag.

Safety razors have detachable blades and are known to give a better shave than the Cartridge Razor since the whole razor is made of stainless steel and the quality is much better.

Not just that, the blades used in this type of razors are way more exposed and more dangerous compared to the cartridge razors.

So if want to take this on the plane as a carry-on then you’ll have to remove the blade and either throw it away and buy new ones at your destination or put the blade in your checked bag – but what’s the point in having a razor that doesn’t shave in your carry-on bag?

A straight razor is undoubtedly the best type of razor when it comes to how sharp the razor is and how long the razor lasts. But it is by far the most dangerous of all the various types.

Straight razors can cut your throat and make you itch or nick your skin, but the bottom line is shaving with one of these bad boys is cool.

A straight razor will last a whole lifetime if you take good care of it by sharpening the blade with a razor strop (a.k.a. razor strap) and keeping it in a suitable place.

Anyway, TSA doesn’t like this razor since the blade is not detachable – so if you want to take a straight razor with you then it’ll have to stay in a checked bag for the duration of the flight. The razor strop, however, means no harm – so you can have that in the carry-on bag.

Because of its replaceable blade, barbers use these to shave and throw all used blades away after one use.

Like the safety razor, TSA allows this razor to go in carry-on bags only if you remove the blade so you may as well pack it in your checked luggage.

Laser hair removers and electric razors are fairly new, so they are very easy to use and are safe to use – you don’t even need shaving cream.

There are many flaws in electric razors; some use batteries so you have to either charge it up or replace the batteries.

But you’ll have to be careful what you plug inside the wall because different countries have different voltages and different types of plugs and outlets.

Therefore, plugging the wrong things in outlets you’ve never seen before with an adapter isn’t as safe as it sounds.

Most airlines check electronics such as phones, tablets, and laptops separately – so don’t be alarmed if they want to check your electric razor separately too.

Laser hair removers, foil, and rotary electric razors are perfectly fine to bring as carry-on luggage or checked luggage. Whether you can use them at your destination you’ll need to check.

To find out the voltage used if traveling to a different country then just google it. For example, if you’re going to Singapore you would Google Singapore Voltage.

If you’re a barber then it’s likely that you have a lot of trimmers and clippers (and of course, most razors mentioned above).

Whatever your profession if you have to travel with them, you might have come to read this article. So here’s the answer you are looking for.

All these electric hair removal tools (and lint removal tools) are all safe according to the TSA because the blades can never touch your skin.

However, grooming kits and trimming kits often have scissors; so unless the scissors have a blade that’s longer than 4 inches (from the pivot point to the tip of the scissors) then you’re good to go!

But you will need to check with your individual airline too as some have specific and more stringent rules on scissors and pointed implements.

What About Other Shaving Accessories?

If you have shaving liquids such as shaving cream, shaving foam, aftershave, moisturiser, shaving gels, shaving soap, etc. And you’re wondering whether you can take those with you then check out my other post on “Can I Carry-on Shaving cream?” for a full explanation of the 3-1-1 rule.

But in short, you are allowed to have a 3.4oz or 100ml bottle of pre-approved liquids and gels all comfortably sealed in a small one quart or one-liter transparent plastic zip-bag. I hope that sums it all up.

Other Things You Should Know Before Flying

One thing you should know is that anything expensive should be packed in your carry on, or left at home if not allowed.

And even after all that information, remember that all these rules are subject to the final decision to rest with the immigration officer and airline staff. You can never be 100% sure!

Oh, and before you go, I forgot to tell you that tweezers are definitely allowed as carry-on luggage. Have a safe flight! 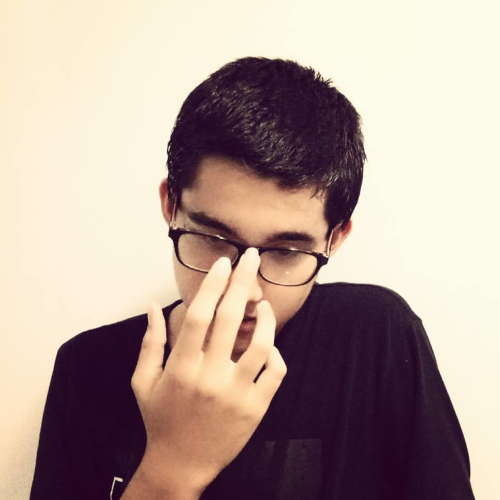 Luke loves to travel whenever the opportunity presents itself. Beaches, mountains and different cultures give a uniquely different perspective to give context to our everyday environment. Everyone should travel and hopefully the articles on this site will help answer questions you may have.

Scroll back to top